Sparking the Flame of Giving Back

A Country Devastated by Fire,Floods 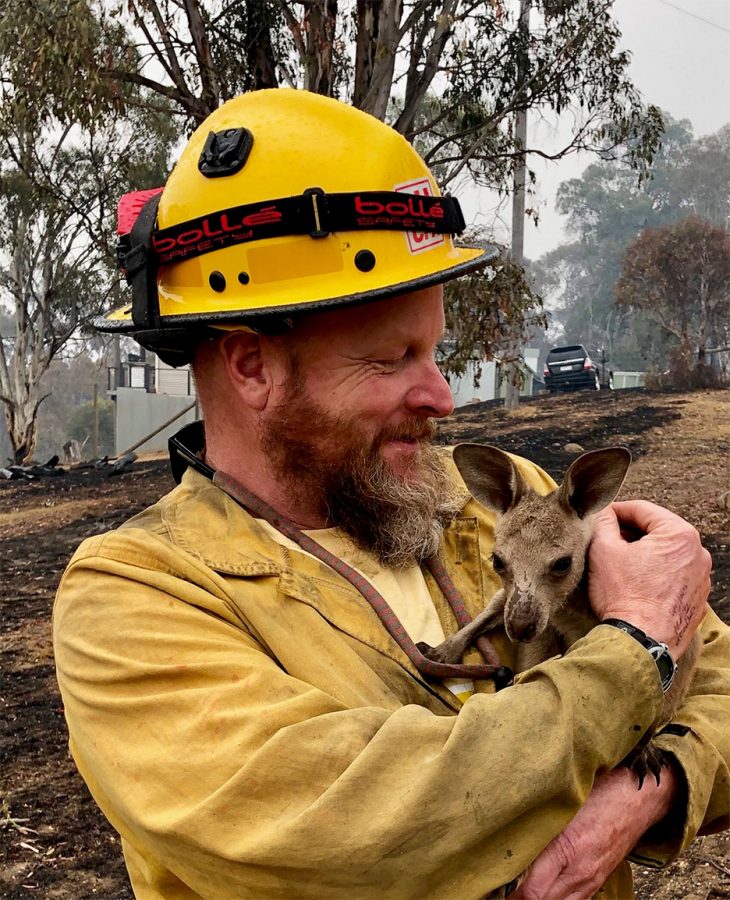 Captain Soldavini with baby kangaroo in January. The fires have destroyed homes, and they have killed people and wildlife.

Mrs. Kristina Rodriguez, a 7th grade LA teacher in Purple Pod, raised money to help those people and animals affected by the Australian fires and floods that have decimated the country recently.

“I wanted to capitalize on the spirit of Valentines Day and do something nice for somebody after seeing the news,” said Ms. Rodriguez.

Australia, during its ever lengthening fire season, is burning at a staggering pace.
Despite the best efforts of firefighters from across the world, the fires won’t stop for anything and go through everything, burning it to the ground.

So how will we stop the fires?

“If we all pitch in then we can save Australia,” said 6th grader Nicholas Janduko.

You can donate money to organizations like Direct Relief and help.

Direct Relief is an organization that is collecting money to aid Australia. “Ursus” contacted Lara Cooper, who helps coordinate contributions, and she said that many schools and organizations had contributed money for relief so far.

Now for the facts. There are a lot. You’re probably wondering how much land has burned and the answer is jarring. 12 million acres with 25 people killed, 2,000 homes have been completely decimated. In Australia, literally every state has been touched by the wildfires.

How do residents feel? In Mallacoota, Australia, hundreds of people were stranded in the popular vacation spot. “The next morning, a Mordor-like darkness settled over us. Hours later, it was replaced by red light, the firestorm hitting the outskirts of town. We heard loud, sharp explosions in the distance and realized they were gas bottles exploding,” said Jonathan Vey, a tourist staying on the island of Mallacoota when the firestorm hit.

Why is Australia being hit with fires?

This could be due to the climate. Australia was hot and dry enough to begin with, but climate change has made things hotter and drier for longer periods of time. Also, eucalyptus trees have oil running down them so they too can fuel fires.

And on top of all of this, there is flooding. In the cooler parts of Australia, there are massive floods, and floods are the most expensive natural disaster to fix.
And right now there are concerns over how Australia will be affected financially. This is the last thing the country needed.