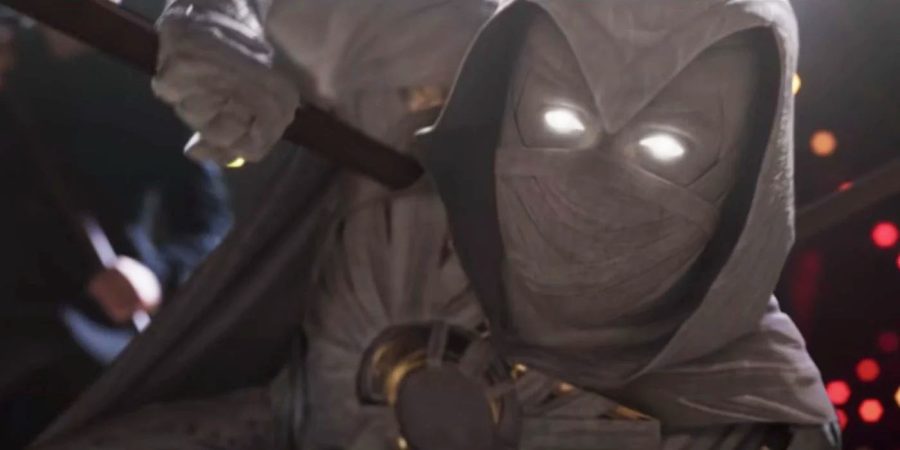 Many superheroes such as Batman or Captain America have “secret identities,” but how many superheroes actually have alternate identities or a disease called D.I.D. (Dissociative Identity Disorder).

Only two superheroes have this disorder: Legion, and Moon Knight.

Marc Spector, the main character, suffers from D.I.D., which means that there are multiple identities in his brain that he switches back and forth from, five in all: Marc Spector, Steven Grant, Moon Knight, Mr. Night, and Jake Lockly.

Moon Knight was released on March 30 and stars Oscar Issac with direction by Justin Benson and Aaron Moorhead.

After watching the show’s premiere, I was intrigued by the direction that they were taking this show. Before the release of the show, I tried to familiarize myself with some of the older Moon Knight comics.

So while watching the show I had the upper hand over some that haven’t already read some of the comics and this was their first time being introduced to the character.

Due to this fact, this first episode really proved to start to show an introduction to some of the characters that will play a big part in the future episodes of the show. For those who found the first episode confusing, it was supposed to confuse you. Marvel started by following one of the alter egos instead of the real main character, Marc Spector.

Instead of following Marc, they started off by following Steven Grant, a movie director/ producer,, but in the show, it looks like he’s a museum gift shop employee.

Steven knows that there is something wrong with him to the point that he chains himself down every night so he doesn’t leave in his sleep. He also surrounds his bed with sand so he knows if he did get out.

I found the episode very sad due to the fact that in the museum no one can remember his name and even if they did, they wouldn’t care enough to acknowledge him. The only person that he can talk to is a human statue that he finds in the park every day after work, because he’s the only person that will listen.

The character Steven Grant is an alter personality of Marc Spector caused by traumatic events. My theory is that Marc was intensely injured as Moon Knight and Knonshu created another personality for him to escape.

Overall, I really enjoyed the episode due to it being a most highly anticipated Marvel Disney+ show. I really think that this episode really lived up to its hype and I can’t wait to see what they are doing next.